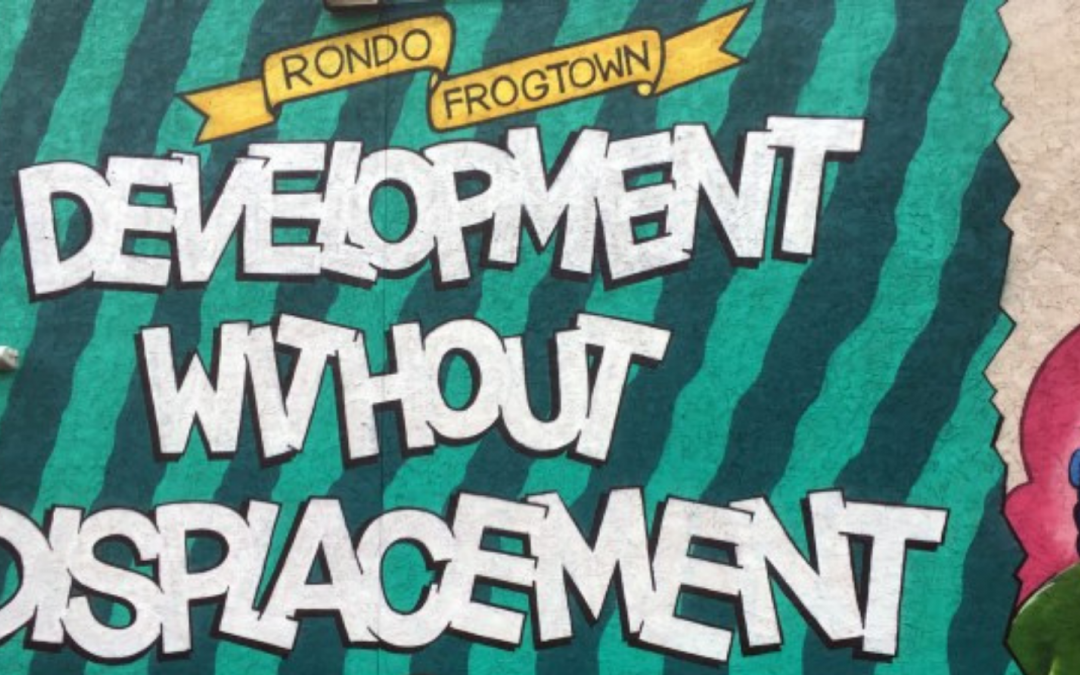 Photo taken by Tad Vezner for the Pioneer Press.

The conversation around the two vacant lots at the intersection of Lexington Parkway and University Avenue is two years in the making, encapsulating the tension between community needs and developer priorities.

The two lots are presently owned by the Amherst Wilder Foundation. Wilder is selling the land to Minneapolis-based real estate developer Alatus, who first applied for a $1.25 million “transit-oriented development grant” from Metropolitan Council for the project on July 11th, 2019. At the time, they envisioned a 226-unit, six-story mixed-use building—according to a concept design, rents for efficiency units would start at roughly $1,000 a month. One-bedrooms would lease for $1,400, two-bedrooms for $2,050, and four-bedrooms would start at $850—per bed. Alatus’ Metropolitan Council application form—which was later withdrawn—committed in writing the following: “We will not accept public housing vouchers as our market rents will not be within the anticipated allowable voucher payment thresholds.”

At this juncture, Summit-University Planning Council, Frogtown Neighborhood Association, and a host of concerned St. Paul residents intervened, expressing concerns about gentrification, displacement, and the lack of any commitment to affordability from either Wilder or Alatus. Alatus’ Metropolitan Council application mentioned twelve possible units available at 51%-60% area median income, but these numbers ring hollow in impacted neighborhoods like Frogtown where median income is less than $40,000. Of the 13,845 St. Paul renter households paying more than half of their income in rent, 99% fall under 50% AMI, and most fall even lower. Housing at 60% AMI is not attainable to St. Paul residents who need affordable housing the most.

Where are we now?

The project recently reemerged as a site plan application pulled by the Planning Commission to vote on in January. Interestingly enough, at a Zoning Committee meeting that month, an Alatus representative asserted that 155 of the now 288 units would be available at 60% AMI. Even more interesting—this figure is not reflected in the site plan application submitted a month prior, and there has still presently been no explanation offered for the jump from twelve to 155 units available at 60% AMI. In February the Planning Commission ultimately voted to reject the site plan application pursuant to zoning ordinance § 61.402(c)(1) for its inconsistency with affordable housing provisions of St. Paul’s 2040 Comprehensive Plan. This decision came after Frogtown Neighborhood Association, Summit-University Planning Council, and Midway RiseUP! made the following demands:

Housing Justice Center works to protect and expand affordable housing, so a proposed development close to transit with no meaningful, substantiated commitment to affordability was a natural place for HJC to intervene. We aim to be a resource for communities, issuing reports and providing resources to community-based organizations, social service providers, and government entities as they explore issues, create strategies, and take action to create and preserve affordable housing. In this capacity, HJC Senior Staff Attorney Jack Cann wrote a memo to the Planning Commission and a letter to the St. Paul City Clerk and Councilmembers asserting the following:

Supporters of projects like these often cite the theory of supply and demand—if you build more housing of any kind, you will decrease the cost of housing overall. This flattening approach ignores research from Tony Damiano and Chris Frenier for CURA on new market-rate construction in Minneapolis over the last 15 years, which found that new market-rate units kept prices lower for renters on the top end of the market, while new units raised prices for people at the bottom. It also erases the disparate negative impact these projects have on households of color. According to Minnesota Housing Partnership’s 2018 Market Watch: Saint Paul report, over half of Black renter households in St. Paul earn less than 30% AMI. In 2016, the average white household in Saint Paul could afford to spend $1,519 monthly on rent, while the average Black household could only afford to spend $659 monthly on rent. For the project to be considered truly affordable, it would have to offer units at or below 30% AMI for an extended period of time.

Where do we go from here?

Recently the developer appealed the Planning Commission’s rejection of their Lexington Station site plan to the City Council, and Councilmembers laid over their vote until April 7th. HJC’s position remains unchanged: it matters what kind of housing gets built in St. Paul. According to the City of St. Paul, the Comprehensive Plan is a “’blueprint’ for guiding development in the city over the next 20 years”, and that blueprint makes a clear commitment to equitable and affordable housing.

In a recent memo, Jack Cann outlined a methodology Alatus could use to build 30% AMI units using the City’s 4(d) Affordable Housing Incentive program. Equitable and affordable housing is still possible at this site, but only if Alatus meaningfully and willingly engages with community in good faith.